Chelsea Transfer Boost. The arrival of Thomas Tuchel as manager could reportedly put Chelsea in a commanding position to seal the transfer of RB Leipzig centre-back Dayot Upamecano.

The highly-rated young France international has shone in the Bundesliga in recent times, and is surely going to enjoy a superb career at the highest level if he continues to develop at this rate.

The Guardian have previously linked him with the likes of Manchester United and Liverpool, and the latest from Sport Bild is that Tuchel’s appointment as Chelsea manager could now put them ahead of other clubs in the running for his signature.

The report explains that Tuchel is a long-time admirer of Upamecano, having targeted him when he was in charge of Paris Saint-Germain. It’s also noted that Tuchel speaks fluent French and that Upamecano could also be tempted to be reunited with former Leipzig team-mate Timo Werner at Stamford Bridge.

Finally, Sport Bild adds that Chelsea’s strong financial backing from Roman Abramovich could give them a real shot of landing the 22-year-old ahead of the likes of Bayern Munich, with the player set to have a £38million release clause when the transfer window opens in the summer.

This could be a big blow for Man Utd and Liverpool, who both also urgently need to strengthen in central defence.

Liverpool have had a particularly torrid time in that area of the pitch this season due to injuries, with Upamecano also likely to be an upgrade on the likes of Joel Matip and Joe Gomez.

United, meanwhile, could also do with a better partner for Harry Maguire, as doubts remain over both Victor Lindelof and Eric Bailly. 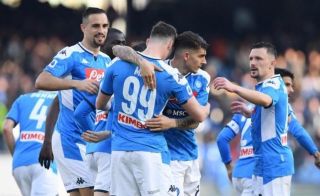 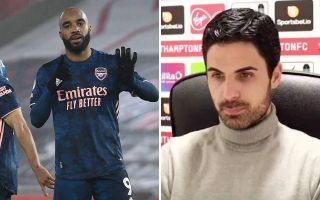 Chelsea, however, may well benefit from replacing Frank Lampard with Tuchel as the German tactician is now tipped to give them the edge in this transfer battle.

If CFC do win the race for Upamecano’s signature, he could be a dream replacement for veteran defender Thiago Silva, and an upgrade on unconvincing performers like Andreas Christensen.

Man United going all out for potential £90m transfer to…

Olivier Giroud will fight for his place despite Werner…

Liverpool’s Robertson unpunished for kick out on Allan