RB Leipzig manager Julian Nagelsmann does not sound too optimistic about keeping Dayot Upamecano next summer, even if he will be staying for one more season.

The exciting young French centre-back looks one of the top prospects in Europe in his position, and it would be unsurprising if big sides continued to queue up for him in the near future.

Man Utd could do with strengthening their defence and have been linked with Upamecano by the Telegraph, though they suggested the Red Devils would likely wait until next year to sign him as his release clause will then drop to just £40million.

Leipzig boss Nagelsmann may well have just fuelled this talk by admitting that he thinks it’s possible Upamecano will be very in-demand by next summer and could move on.

“He [Upamecano] will be here for the season. I’m sure about that,” Nagelsmann told ESPN. 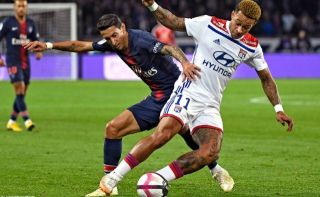 “As for the future, I’m not sure as he is very talented. Lots of club will want to buy – perhaps next season it could be real that he leaves the club. But this season he will stay.”

United fans will surely be encouraged by these words, with Upamecano looking an ideal long-term partner for Harry Maguire, who would benefit from having a stronger centre half than Victor Lindelof alongside him.

Pep Guardiola did this for the first time in 12 years