Bale, 31, joined Tottenham Hotspur this summer on a season-long loan seven years after departing the London club in favour of a move to La Liga giants Real Madrid, as per TransferMarkt.

However, the arrival of current manager Zinedine Zidane has seen the world-class attacker fall out-of-favour at the Santiago Bernabéu which subsequently lead to his temporary switch back to Tottenham Hotspur.

According to a recent report from Calcio Mercato (via Mundo Deportivo), Jose Mourinho’s side could make Bale’s second coming permanent for as little as £13.38m as Real Madrid president Florentino Pérez seeks to save money on Bale’s sky-high salary.

So far this season Bale has featured in six matches in all competitions for Tottenham Hotspur has been directly involved in two goals, including bagging the winner in the Premier League against Brighton and Hove Albion earlier this month. 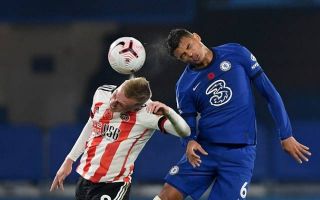 Should Tottenham Hotspur sign Bale for less than £14m next summer or send him packing back to Madrid? – Let us know in the comments.