Tottenham are reportedly set to make one final push to seal the transfer of Inter Milan defender Milan Skriniar.

The 25-year-old has been one of Europe’s most solid centre-backs in recent times and is valued at around £45million by Inter as Spurs target a late deal for him ahead of the transfer deadline, according to the Daily Mirror.

Skriniar looks an ideal addition to Jose Mourinho’s side, with Jan Vertonghen’s departure in the summer leaving a big hole to be filled in this Tottenham defence.

Skriniar’s form in Serie A shows that he could give a real boost to this Tottenham side in their pursuit of Champions League football this season, and the Mirror note that he now looks a more likely signing than Chelsea’s Antonio Rudiger.

The Germany international instead looks set for a move to AC Milan, according to the Mirror, and it’s little surprise Chelsea perhaps tried to avoid allowing him to join a top four rival.

Milan Skriniar is a transfer target for Tottenham 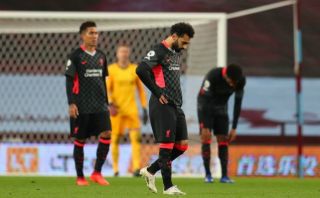 Chelsea fans may be disappointed, however, that their club has yet to do more to strengthen their defence this summer, with Skriniar perhaps an ideal option for them.

The Blues have spent big on attacking players but had a poor defensive record last term, with veteran centre-back Thiago Silva not making the most convincing start to life at Stamford Bridge.