Thiago Alcantara Injury Update. As per Liverpool’s official website, Jurgen Klopp has admitted in his pre-match press conference before the Ajax tie that the Reds are set to be without Thiago Alcantara for a ‘few weeks still’.

Thiago suffered a knee injury after he was clattered by Everton star Richarlison in October’s Merseyside derby, which rightfully earned the striker a straight red card.

Initial signs on the knock were good as Thiago was spotted walking away from hospital looking completely fine, but Klopp spoke about the ‘big impact’ on the ace’s knee which is troublesome.

Klopp added that Thiago isn’t training at this moment in time, as he also commented on the good news that nothing was ‘broken’ or ‘ruptured’ in the Spain international’s knee.

The Echo report that the central midfielder is unlikely to feature again this year, but reiterate that the ace has not suffered a setback as such, rather the injury is taking longer to recover than initially expected.

Thiago Alcantara shone on his Liverpool debut against Chelsea.

Here’s what Klopp had to say on the Spaniard’s injury:

“Thiago we have to maybe clarify it a little bit.”

“On that day when Thiago got injured in that challenge in the Everton game, there was another bad injury [to Virgil van Dijk] and after the scans it was like one was really bad news and the other one was really good news because nothing was broken, nothing was ruptured and stuff like this.”

“But, as we realise now, it was still a massive impact on the knee.”

“The problem is in a situation like that, nothing is ruptured and nothing is broken and that means everybody thinks, ‘OK, you can go after a few days’, but the impact on the leg was that big that it is still not OK.”

“It is not massive and he trains from time to time, not in the moment because we just have to realise that we have to go a few further steps.”

“I can’t say exactly when he will be fine, but it will take a few weeks still with Thiago.” 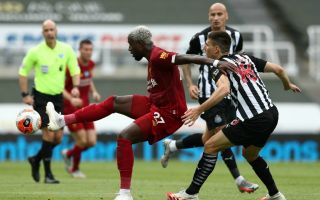 According to transfer insider Fabrizio Romano for the Guardian, Liverpool signed the maestro from Bayern Munich this summer for a fee of €25m, plus bonuses.

Some of Everton’s players actually joked about the incident that has already left Thiago sidelined for six weeks.

Thiago impressed when he made his debut as a halftime substitute against Chelsea and looked encouraging against Everton, but contracting Covid-19 soon after he joined and this knee injury have limited the 29-year-old to just those two appearances.