Manchester United manager Ole Gunnar Solskjaer has responded to questions over Edinson Cavani’s future at the club after a claim from his father.

The Uruguay international only joined Man Utd last summer and has made a decent impact so far, despite likely only being a short-term option at Old Trafford due to his age.

Solskjaer was asked about Cavani’s situation and about the fact that he might not be fully settled at the club, but he seemed keen to push the speculation to one side.

The Norwegian tactician also joked that it might help convince Cavani to stay once the weather in Manchester improves.

“Well, Edinson’s fully focused on being available for us and working really hard to get fit,” Solskjaer is quoted by the Manchester Evening News. “From my bad Portuguese and his better English (Cavani’s mother tongue is actually Spanish), he’s very proud to play for Man United. He’s always going to give his best as long as (he is here).

“If it’s beyond this season as well, a decision hasn’t been made. As we’ve said, he’s made a great contribution so far.

“We’re just working on getting him back on the pitch and fit – and we’ll convince him when the weather in Manchester improves!

“I can’t comment on what has been said, I can only say that we’re very pleased with Edinson when he’s here, he’s working really hard to be available, day in and day out, he’s proving his personality, his professionalism, even in his broken English he’s helping the young kids, as we wanted him to.

“We knew he wasn’t going to be able to play every single game, of course, because he’d been out of football for so long, now let’s just makes sure he plays as much football as possible until the end of the season, score as many goals as he can, helps the young players, the strikers, the forwards, even the rest of the group with his mentality. And then he will make his decision. 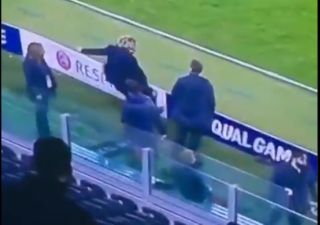 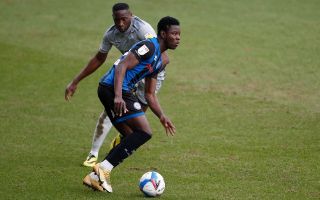 “He knows we’re very fond of what he’s given to the club even though he’s played fewer games than he wanted to.”

Most United fans will surely be hoping to see a little more of Cavani after his successful stint so far, but it also wouldn’t be the biggest tragedy if he were to move on.

The Red Devils will surely need a new signing up front before too long, with a younger, more long-term option to lead their attack surely set to be a priority in transfer windows to come.

Liverpool star responds to claims that major transfer has…