Leeds United have surprisingly informed former highly-rated talent Niall Huggins that he is free to leave the club, according to a shock report from Football Insider.

Football Insider reiterate that this decision has come just six months after the promising ace signed a new and improved contract with the club until 2023.

Huggins has been with Leeds for 14 years so this will definitely be a tough piece of news for the prospect to digest, especially given that it looked like he would have a future in the side.

Football Insider claim that Leeds no longer see the right-back as ‘capable’ breaking into Marcelo Bielsa’s first-team, whilst that may be true given his understandable inexperience and competition, it seems very bizarre for the Yorkshire outfit to immediately encourage Huggins to leave the club.

Huggins made his senior debut when he replaced Ezgjan Alioski against Arsenal at the start of the year, with the Wales Under-21s international playing 37 minutes at full-back. 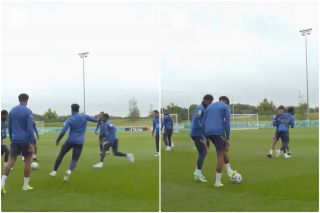 Huggins made 17 appearances for Leeds’ Under-23s in Premier League 2 this season, as well as another outing in the EFL Trophy against Blackpool.

The Leeds faithful will be scratching their heads as they try to justify the club’s reasoning with this decision, it just seems very strange.

Liverpool have no more money to spend this summer

Arteta on Partey’s importance to Arsenal