Manchester United have reportedly launched a €30m bid to Spanish giants Real Madrid for left-back Sergio Reguilon but the La Liga champions will demand certain terms if they’re to allow the Spaniard to join the Reds.

Reguilon, 23, has emerged as a top transfer target for Ole Gunnar Solskjaer after enjoying an impressive campaign last time out whilst on-loan with Sevilla.

The exciting full-back played a key role in his temporary side’s successes last season as the Spanish outfit lifted the Europa League for a record sixth time.

The 23-year-old featured a total of 38 times in all competitions last season and was directly involved in an impressive eight goals.

It has been the young attacking full-backs impressive form which has seen him become one of Europe’s most sought after defenders, with United seemingly leading the chase. 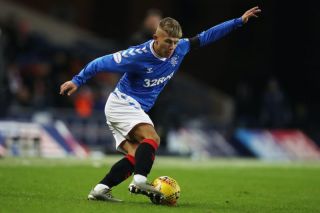 According to a recent report by ABC via Transfer Nexus, Real Madrid are happy to entertain United’s initial €30m offer but would demand that certain terms are inserted into any agreement.

The report claims that Zinedine Zidane would demand that a 25% sell-on clause is factored into the transfer as well as including a first consideration option to buy.

The report goes onto claim that another way Los Blancos would allow Reguilon to depart the Santiago Bernabeu would be if United took the 23-year-old on loan with a future option to buy.

How Chelsea may have dented Manchester United’s hopes of…

Michael Owen suggests Thiago may be a bad fit for Liverpool