There is unsurprisingly room for Arsenal duo Thomas Partey and Gabriel Magalhaes, both of whom were absolutely superb for the Gunners as they ended a terrible run away to Manchester United with a 1-0 victory.

The duo must be among the finest signings this summer, with Arsenal looking in urgent need of upgrades to their defence and midfield prior to the start of this campaign.

Gooners will be thrilled with their key roles as they beat United, and they deserve their recognition in this BBC Sport line up, which includes no Red Devils players after another poor result for Ole Gunnar Solskjaer.

Chelsea duo Hakim Ziyech and Kurt Zouma are also in after the Blues beat Burnley, while there are also two Leicester City stars in Kasper Schmeichel and Jamie Vardy.

Among the stranger tactical choices here are Crooks’ wing-backs, with Southampton’s James Ward-Prowse shoehorned into an unfamiliar position after a superb performance. Normally a central midfielder, he’s a right wing-back in this XI, while attacking midfielder Ziyech is the left wing-back. Kyle Walker, an actual wing-back, is one of the three centre-backs.

Here’s the XI in full… 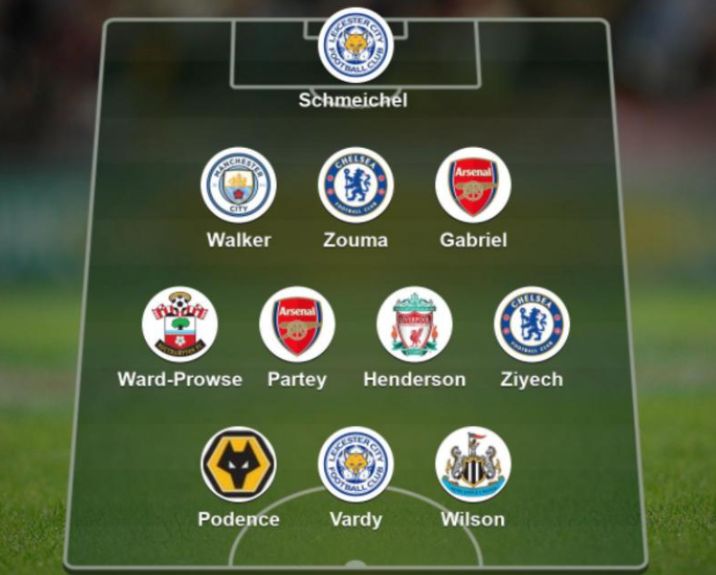 Video:Alexis Sanchez wanted to leave Man United after one…