Castles states that the Naples outfit are on the hunt for a new centre-back, as they’d like to sell Kalidou Koulibaly to Manchester City this summer, with the Sun reporting that the stalwart is valued at £70m.

Castles adds that the Red Devils value Rojo at €8m, if the 30-year-old isn’t moved on he’ll earn £8m on the final year of his contract with Ole Gunnar Solskjaer’s side.

Of course this presents a difficult situation for United, as much as they want to part ways with Rojo – who has slipped down to the bottom of the centre-back order – selling the ace to Napoli would actually strengthen their cross-town rivals as it could go hand-in-hand with City recruiting Koulibaly.

Koulibaly has been heavily linked with a transfer to Manchester City.

The addition of the Senegalese centre-back would undoubtedly strengthen Pep Guardiola’s lacklustre defensive ranks, the Citizens have already taken a step in this direction by signing Nathan Ake.

Castles suggests that Serie A will be the ideal destination for Rojo as the ace’s high wages could be managed with the tax breaks offered to overseas players in Italy.

Rojo was sent out on loan to boyhood club Estudiantes in the January transfer window after appearing just nine times for the Red Devils in the first-half of the season, primarily in cup competitions. 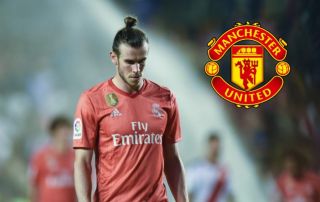 The Argentina international’s hopes of getting his confidence back with a move to his homeland were dashed though due to constant injury troubles and the suspension of football due to the pandemic.

United should work on finding other suitors for the aggressive defender, it’s not worth risking their rivals strengthening just to net an €8m fee for Rojo.

The Red Devils signed the defender for £16m in the summer of 2014, as per BBC Sport, with the ace making 122 appearances across all competitions for the Old Trafford outfit.

Liverpool tell Wolves they will pay £25million for Adama…

When Aubameyang could make Arsenal return after being…