Liverpool are reportedly set to speed up negotiations over a potential transfer deal for Porto attacking midfielder Otavio.

The Reds are supposedly already in advanced talks to sign the 26-year-old, but they now want to wrap up a move imminently before his release clause rises in the coming days, according to A Bola.

Otavio has shone at Porto and looks like he could be an ideal signing for Liverpool to help replace the departing Georginio Wijnaldum, with A Bola suggesting he could move on the cheap at just €40million.

However, if Liverpool wait any longer to move for Otavio, his release clause would move up to €60m before the end of this month.

It looks like it would be good business for LFC to try and get this done as quickly as possible, with Otavio looking like he could end up being a fine piece of business for the club.

Otavio is being strongly linked with a transfer to Liverpool 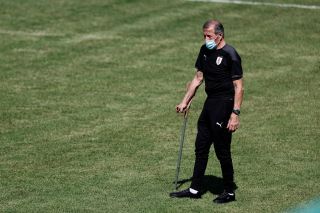 The Brazilian is perhaps not the big name that some Liverpool fans will be craving, but that’s arguably been true of a lot of their best signings in recent years.

Wijnaldum himself wasn’t exactly the most exciting-looking signing when he first moved to Anfield, but he had a great career on Merseyside and now looks a tough player to replace.

It will be interesting to see if this deal goes through and if Otavio is up to the challenge.

Man United’s Rojo to extend loan spell after talks with…