Manchester United manager Ole Gunnar Solskjaer has hinted at the possibility of fans seeing exciting defender Axel Tuanzebe back in action later today when the Reds face-off against domestic rivals Chelsea in the Premier League.

Tuanzebe, 22, was recalled to the United starting line-up earlier this week after team-mates Eric Bailly and Harry Maguire were ruled out of the Reds’ opening Champions League group tie against Paris-Saint Germain.

The impressive centre-back did not let his manager down and repaid the faith shown in him faultlessly.

Tuanzebe put in a superb performance against world-class attacking dup Neymar Jnr and Kylian Mbappe which helped ensure United left the Parc des Princes with all three-points on Tuesday night.

United are back in action later today when they host Frank Lampard’s Chelsea at Old Trafford in a eagerly anticipated Premier League tie.

In light of Tuanzebe’s dominating performance mid-week, fans are naturally excited at the prospect of seeing how he fares against the likes of Timo Werner, Kai Havertz and Christian Pulisic.

However, the United faithful may be forced to wait a little longer before they can see their talented English defender back in action after Solskjaer admitted he was feeling tired.

Speaking to ManUtd.com, about how Tuanzebe is feeling after featuring for a full 90-minutes against Paris-Saint Germain, the Norwegian said: “He’s feeling a little bit tired of course, you do when it’s the first game for you for 10 months or something. And what a performance, it was fantastic from the kid. 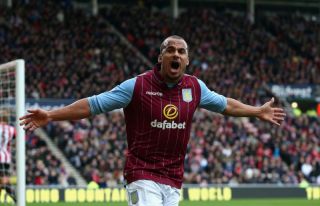 “We know he’s capable of that, now it’s about getting consistently fit over a long period and we know Axel is a top central defender.”

United are scheduled to kick-off against Chelsea at 5.30pm UK time later today.