Arguably, the Magpies’ most important Premier League match was when they faced Brighton on the weekend.

Prior to Saturday’s important match, the sides were separated by just a single point in the table, with Newcastle United in 17th place and Brighton in 16th.

Despite the match’s magnitude speaking for itself, Steve Bruce’s men fell to a humbling 3-0 defeat.

A first-half goal from Leandro Trossard was later added to by strikers Neil Maupay and Danny Welbeck. 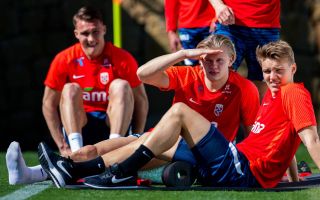 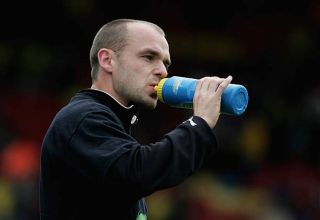 However, now with the Ireland squad ahead of the next set of international fixtures, defender Clark has also spoken out and shockingly claimed his team-mates “weren’t up for it.”

“Three games before, we had three draws and we could have won two of those games,” Clark told the Press Association (as relayed by Chronicle Live). “We’ve been pretty confident and we have been for the last couple of weeks.

“On Saturday night, we weren’t up for it as a group of players. For some reason, it didn’t work for us. That was the most disappointing thing, the way we were playing the weeks beforehand, we didn’t take into the game, such a big game as well.

“The international break has probably come at a good time for us now. We’ve time to get some injured players back. Hopefully, we can see out remaining games with a fully-fit squad, probably bar Isaac Hayden, who picked up a nasty injury,” the defender added.

Going onto assess the manner in which his team lost last weekend, Clark said: “The result [vs Brighton] was really disappointing. We knew ourselves as a group that was an opportunity there to pick up points and pull away a little bit, and we didn’t do that.

“Obviously, everyone was gutted after the game, and really frustrated.”