There were a couple of decisions in the West Brom vs Liverpool game that Sam Allardyce wasn’t happy about and I can understand why.

Where Mike Dean gives Liverpool a free-kick for getting caught up in play, he is wrong in law, because the only time you stop play in these situations is if the ball hits the referee – and you restart play with a drop ball.

MORE: What next for this Arsenal star?

You cannot just stop play because you get in the way and give a free-kick.

Mike Dean is totally wrong in law in that situation, and what he should’ve done was just played on, so I can understand Sam’s frustrations because Liverpool went on and equalised.

The second incident, the offside, it’s the assistant referee’s interpretation.

Former Premier League and FIFA referee Mark Halsey is a columnist for CaughtOffside.com

Had it gone directly into the goal, I believe there’s an argument that Phillips has become involved in active play with Alisson.

The reality was that he’s some yards away from him, and the West Brom player heads the ball wide of the keeper. 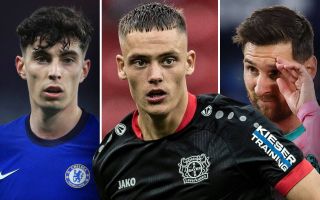 The assistant believes Phillips was impeding the goalkeeper, and VAR wouldn’t get involved because it’s the assistant’s interpretation of the situation. Even if the flag not gone up, VAR would not have intervened.

West Brom have been hard done by, especially what happened at the end of game with Alisson getting the winner right at the death.

Spurs in talks with Paulo Fonseca for new manager

PSG look to sign Antonio Rudiger from Chelsea in January