The words personally delivered by Jurgen Klopp to new Liverpool man Kostas Tsimikas that convinced him to sign have been revealed.

The Reds wasted little time in addressing an area of concern within their squad last week.

Andy Robertson has blossomed into one of the world’s premier left-backs. But depth behind the Scot has been thin on the ground.

James Milner and Joe Gomez have both deputised at times, but neither were ideal cover. Liverpool’s threat down the left edge had suffered during Robertson’s absence with both Milner and Gomez right-footed and defensive-minded.

Norwich full-back Jamal Lewis had emerged as a target, but The Mirror claim Liverpool baulked at The Canaries’ £20m valuation.

Now, according to The Mirror, Liverpool boss Klopp personally rang the 24-year-old to deliver assurances regarding his importance and inclusion.

The newspaper reveal (via Sportime) that Klopp told the Greek international: “The decision is yours.

“We want you, you fit very well in our project and in how we want to play.”

Tsimikas showcased his developing attacking potency last season, notching five assists in the Greek League and seven in all competitions.

Klopp on his new man

Expressing his delight with the acquisition, Klopp told the club’s website upon the deal’s completion: “We have watched Kostas for a long time and are really happy that he has joined us. It’s the perfect news before we come back together very soon.

“He is a very good footballer with an attitude to win and to compete, and I really like his mentality. It fits perfectly with the mood and the desire we have in our dressing room already.

“He has showed already at a young age he can experience football in a different country and do well – and he has been a big part of the success Olympiacos has had to win their title this season and in their European campaigns.” 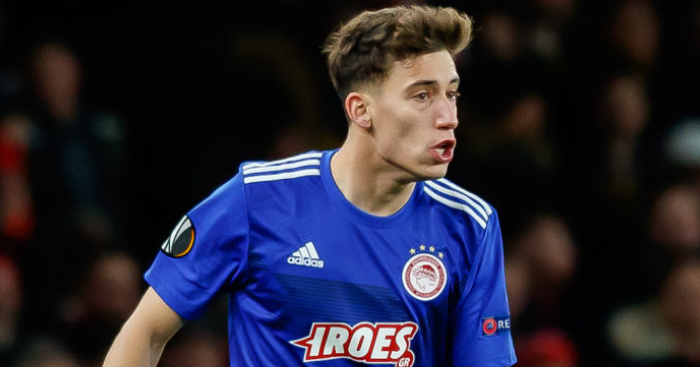 Klopp said he also admired the fact that Kostas has vital experience in European competitions.

“Kostas knows from personal experience what is required to challenge and succeed domestically and in the Champions League, and he is ambitious for more – just like us,” he said.

“He has come up against some very tough opponents in the past couple of seasons and done well and we know he relishes the challenge, which is perfect for us.

“For that reason we are delighted to know we’ll have him with us for the years ahead. I’m so pleased.”

Meanwhile, Liverpool are becoming increasingly concerned that Man City could swoop in for rumoured target Thiago Alcantara, according to a report.