Testament to just how good Kylian Mbappe was during PSG’s thrashing of Barcelona yesterday night, French publication L’Equipe have given him a 9/10 rating.

L’Equipe are renown for being harsh critics when it comes to dishing out match ratings in the daily edition of their paper. If you needed any further evidence of that, let us remind you of the ratings they gave to the French national team when they won the World Cup.

There is, quite simply put, nobody on this planet who could fail to acknowledge just what an extraordinary performance Kylian Mbappe put in last night during a 4-1 win at the Nou Camp, though. His three goals in Lionel Messi’s backyard could prove to be highly significant as football begins to move on towards the post-Messi and Ronaldo era.

L’Equipe have not failed to acknowledge how brilliant the performance was, nor the significance of it, either. In Wednesday’s edition of the paper, Mbappe got a 9/10 rating. This has to be one of the biggest achievements of his career to da 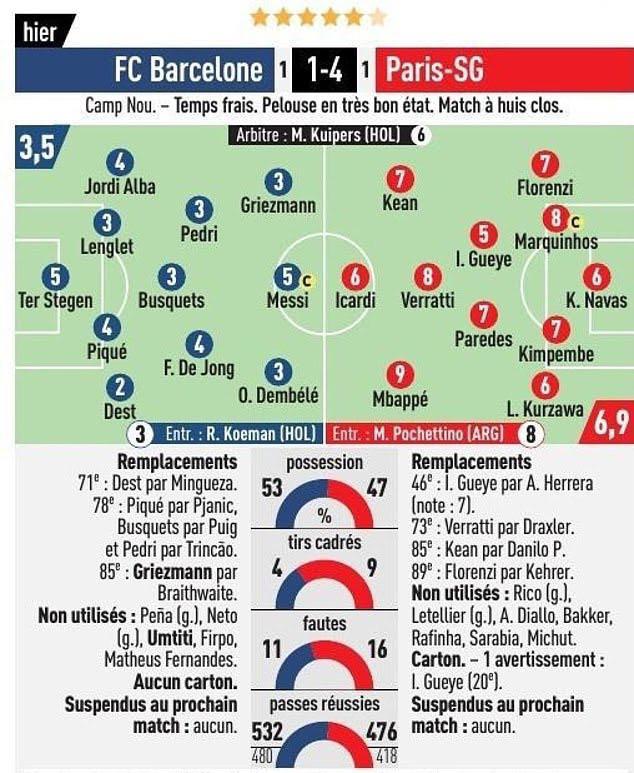 Flamengo appears to abandon the pursuit of Chelsea ace due…

Manchester United likely to sell two players as they close…

Chelsea message to Willian ahead of Arsenal transfer