Manchester United midfielder Paul Pogba has reportedly tested positive for Coronavirus and has been forced to withdraw from France’s national team ahead of their upcoming Nations League fixtures, as per The Mirror.

Pogba, 27, was scheduled to be on international duty with France set to take-on Sweden and Croatia in the Nations League but has now been forced to withdraw from the France squad after testing positive for COVID-19.

Fellow Premier League midfielder Tanguy Ndombele has also tested positive for the virus and has also been forced to withdraw from France’s team.

The recent reports suggest that Lille midfielder Eduardo Camavinga has been called-up in place of the stricken Pogba and is set to earn his first senior cap.

With leading midfielder Pogba now forced to self-isolate for two weeks, Reds manager Ole Gunnar Solskjaer’s pre-season plans have been thrown into chaos as his side prepare for their first match of the 2020-21 season on September 19 against Crystal Palace. 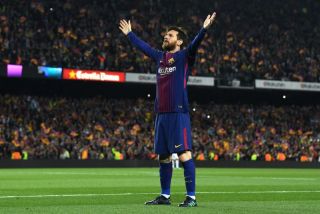 Should Pogba isolate and then test negative he will face a race against time to be fit for United’s league opener against Roy Hodgson’s Palace.

Eden Hazard could miss the Barcelona clash through injury