Man United News. Manchester United striker Edinson Cavani has been given huge praise by Match of the Day pundit Alan Shearer after his two goals against Southampton.

The Uruguay international came off the bench to score twice for the Red Devils as they completed a stunning second half comeback at the St Mary’s Stadium, winning 3-2 after going in 2-0 down at half time.

First, Cavani set up Bruno Fernandes with a fine cross to help the Portugal international halve the deficit, and the former Paris Saint-Germain forward then headed in two goals of his own to give United the three points.

It was a superb cameo from the experienced attacker, and Shearer was clearly very impressed as he discussed his impact on last night’s edition of Match of the Day, as you can watch here on BBC Sport.

“That’s what they lacked in the first half – a proper number 9, they had no width, they didn’t have a focal point. That all changed when Cavani came on,” Shearer said.

“He’s attacking the space – the intelligence and the hunger to get in there, just look at the number of bodies that he actually runs past to get on the end of that goal, to attack the space. 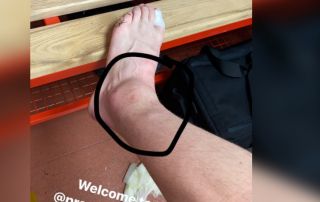 “He’s not standing still, he runs past three of his own team-mates to get on the end of that cross. (Marcus) Rashford and (Mason) Greenwood need to keep on looking at him because they’ll learn from him. He made the difference, he won the game for Man United, absolutely magnificent.

“(Rashford and Greenwood need to) look at him in training, see how he operates, look at his professionalism, all of that. He’s had an unbelievable career, he’s scored god-knows how many goals in his career, they can only learn from him.”

Man Utd fans will no doubt also be thrilled with Cavani, who has shown he’s still got it and can perform at this level even at the age of 33.

True cost of Amad Diallo is less than expected for Man…