Manchester City are hoping to convince Lautaro Martinez to reject an extension with Inter Milan and move to the Etihad, according to Todo Fichajes.

Man City could find themselves in need of offensive reinforcements if Sergio Aguero departs the club when his contract expires at the end of the campaign.

While the likes of Riyad Mahrez, Ferran Torres and Phil Foden are enjoying prolific campaigns, Pep Guardiola is a manager who could never have too many attacking options at his disposal.

Could Lautaro Martinez be the next exciting forward recruitment by City? If Todo Fichajes are to be believed, they might be about to give it a go. 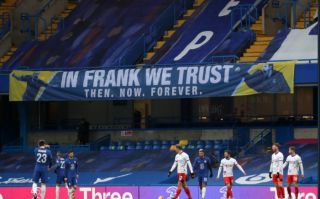 Their report claims that Man City have presented an offer to Lautaro’s camp, one which they are citing in talks with Inter Milan. The suggestion is that, should Inter not be prepared to match it, he could push for a move to Manchester.

It’s unclear just how legitimate these rumours are at current – but it’s one that’s worth keeping an eye on.