Though it was a surprise result, Southampton were good value for their win against Liverpool, the Saints restricting their opponents to just one shot on target in the 90 minutes.

Former Reds player, Danny Ings, scored what turned out to be the match winner in only the second minute, and his chance only came about because of an error from Liverpool right-back, Trent Alexander-Arnold.

The youngster has been lauded for his playing style under Jurgen Klopp, however, Monday saw him earn a stat that he’ll surely not want to be reminded about.

According to the Daily Mail, the England international lost the ball 38 times at St. Mary’s before being taken off by Jurgen Klopp and replaced by James Milner in the 77th minute. 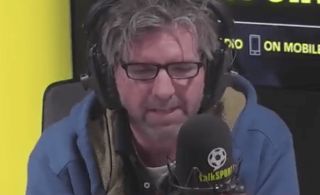 Astonishingly, that means he lost the ball once every two minutes during the time that he was on the field of play.

It also meant he’d set the record for losing the ball more than any other player in a single game this season.

Manchester United likely to sell two players as they close…

Olivier Giroud will fight for his place despite Werner…