The Reds have had rotten luck with injuries so far this season, with Klopp clearly feeling the pressure as he rotated his side heavily for the game against Atalanta.

The Daily Express now report that the German tactician is likely to seek funds for new signings this winter, perhaps by offloading some of his current squad players.

The report names Divock Origi and Xherdan Shaqiri as among those who could be sold to help Liverpool spend the money they need on fixing other areas of their team.

Defence is likely to be a priority for LFC, with Virgil van Dijk looking set to be out for the rest of the season, while Joe Gomez has also had his fitness issues. 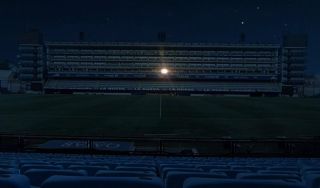 Klopp has been relying on youngsters like Rhys Williams and Curtis Jones to plug the gaps in his squad, but that’s surely not enough over the course of the season.

Liverpool won the title last term and will surely need to strengthen if they are to have any chance of retaining their crown.