Liverpool are only loosely interested in Real Betis defender Aissa Mandi, with Lyon and Inter Milan leading the race to sign him, according to Estadio Deportivo.

Mandi, who was born in France but plays for the Algerian national team, is an African Cup of Nations winner and two-time African Team Of The Year pick.

As per Estadio Deportivo, there has been suggestion that they could look to add another in Aissa Mandi, a 29-year-old centre-back currently playing his football with Real Betis.

Lyon and Inter Milan are the frontrunners to sign Aissa Mandi.

However, the report claims that Liverpool have cooled their interest in Mandi, with Lyon and Inter Milan now considered the frontrunners to secure his signature. 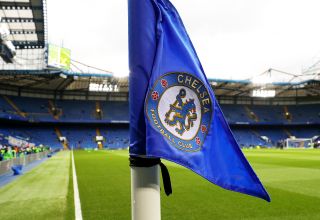 The Premier League champions were desperately searching for a centre-back in January, which is where the Mandi link may have come from, but the situation has begun to resolve itself.

Liverpool fans, if Estadio Deportivo’s information is correct, can safely cross Mandi off the list of potential summer targets.

Antonio Conte in London to try and recover £27m