Leeds United striker Rodrigo has taken to Instagram to reveal that he has tested positive for coronavirus.

Rodrigo was very much Leeds’ marquee signing in the summer transfer window, having made 25 appearances for Spain during one of the most talent-laden periods in the country’s history.

He has netted just the one goal in his first five appearances for the Premier League new-boys, but the best is undoubtedly yet to come from the former Benfica and Valencia forward.

It could be a few weeks before we see him pull on the Leeds shirt again, though, as Rodrigo revealed on Instagram he has tested positive for COVID-19 after catching it off a family member. 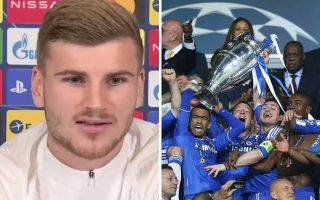 Rodrigo does not appear to be struck down with a serious symptomatic case of the disease, or so his post suggests, which is good news for both him and Leeds.

Fingers crossed it won’t be too long before he can be allowed to return to the field.

Why Leverkusen’s tough approach with Chelsea over Havertz…

PSG tells Blues fans all they need to know

Nicolas Pepe admits he is frustrated and unhappy with life…

Spurs to add Reguilon to Bale transfer after Thursday…