The Red Devils are understood to be sounding out a new defender to partner club captain Harry Maguire.

It has been reported that the club has several targets earmarked to make the switch to Old Trafford this summer, including Sevilla’s Jules Kounde.

However, according to a recent report from Romano, who writes exclusively for Benchwarmers, the Red Devils have trimmed their shortlist down to just two names – Varane and Villarreal’s Pau Torres. 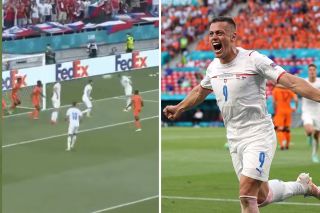 Despite Torres playing a key role in Villarreal’s recent Europa League win as well as Spain’s currently Euros 2020 campaign, Romano claims United would prefer to sign Varane, who is also on international duty with France.

Varane will be out of contract at Real Madrid next summer and in an attempt to avoid losing him for free next January, Los Blancos may be forced to find a compromise in the form of a summer sale.

Frank Lampard hints at one regret he had at Chelsea…