Juventus attacker Paulo Dybala will be leaving Turin – with his contract set to expire next summer, the South American faces a crucial decision.

After featuring in 244 matches for the Old Lady, Dybala has remained a constant in his side’s on-field successes.

Although currently ruled out through injury since the middle of January, Dybala has endured an up and down campaign.

Prior to suffering a ligament injury against Sassuolo earlier in the season, and perhaps a reflection of his current situation, the 27-year-old had managed to net just twice in 11 Serie A appearances.

With his contract set to expire in less than 18-months time, CaughtOffside understands the Old Lady are now preparing for their experienced attacker to depart.

A close source has confirmed that due to an impasse over a new deal, Dybala is now heading for the Allianz’s exit.

Although keen to extend the Argentinian’s stay in Turin, Dybala, who has 29 international caps to his name, is demanding a bumper pay rise.

Dybala has asked for upwards of €10m (£8.5m) per year – a significant increase, and not one the club can agree to due to lost revenue at the hands of the COVID-19 pandemic.

Worryingly for Dybala, who now appears to be playing a risky game, despite being one of Europe’s most highly rated attackers, we understand the list of interested clubs is very short.

Contrary to widespread reports, Tottenham Hotspur are not one of the potential suitors to sign Dybala, however, one Premier League side who are interested in landing the 27-year-old is Everton. 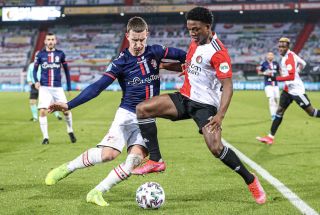 Unfortunately though, despite the Toffees’ high ambitions, we understand the player will reject any formal approaches from Carlo Ancelotti’s side.

It has been suggested to us that Juventus’ hierarchy are expecting the player to stay this summer and instead, move away next year, on a free transfer.

Aside from Dybala, Juventus are currently working hard to extend Alvaro Morata’s loan from Atletico Madrid – something the club feel they’ll be successful in doing.

Chelsea could have crucial advantage in surprise transfer…