Manchester United legend Patrice Evra has taken to social media to share his disappointment with how he was treated by Liverpool fans after he was racially abused by Luis Suarez in October 2011.

Evra has expressed that he wished Liverpool’s supporters had the same ‘respect and class’ as Peter Moore, as he shared an apology letter from the Reds’ CEO that was sent in October 2019.

The Frenchman has shared his thoughts on the apparent behaviour and treatment of the Reds’ fans before they face off against his old club Manchester United in a mammoth Premier League clash.

Suarez was handed an eight-game ban for his actions at the time, with some of Liverpool’s actions in response to the incident sickening, as Moore admitted their handling was a ‘mistake’ and a failing’.

Moore stepped down as Liverpool’s Chief Executive Officer last summer, but sent this classy letter to Evra when he still held that position in October 2019, after Evra shared his feelings on some of the abuse he faced and Liverpool’s reaction to the incident on Sky Sports’ Monday Night Football.

I wish the Liverpool fans had the same respect and class as you Peter Moore ??? @LFC pic.twitter.com/ej1cc2aUWA

Here’s a full look at the letter sent from Moore to Evra in October 2019: 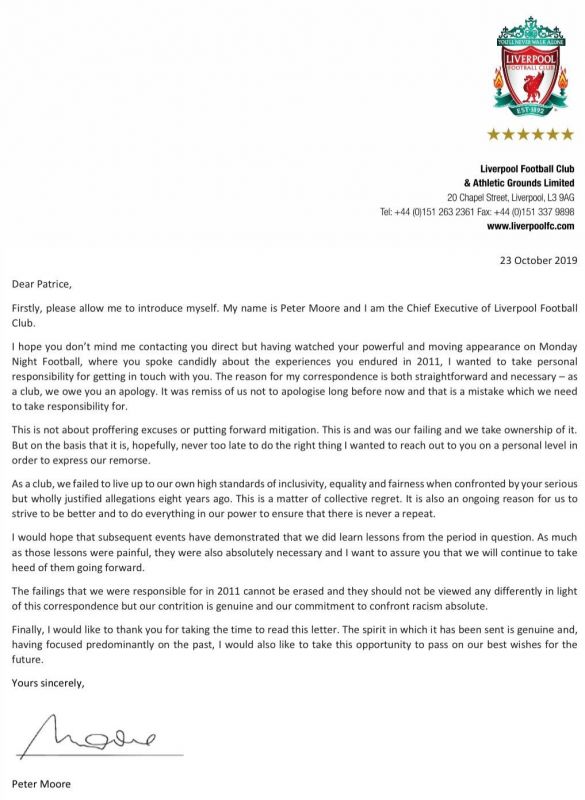 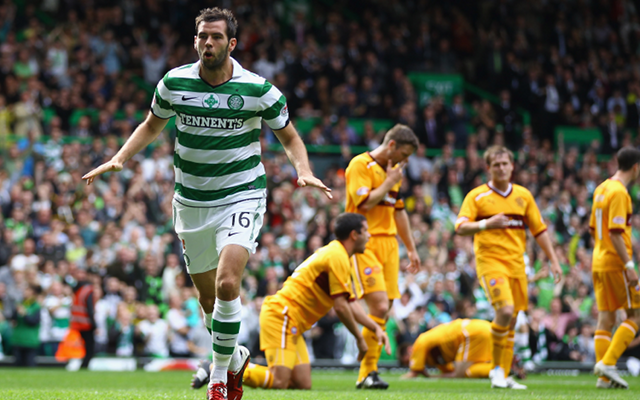 At the time, Liverpool’s entire team even wore T-shirts in support of Suarez after the claims, a gesture that would be seen as absolutely disgraceful today and was simply inexcusable even back then.

Whilst some may find that Evra has acted wrongly in sharing his thoughts on the eve of today’s massive game with the Premier League’s top spot at stake, the battle against racism must never stop – or even pause – and he’s reminding the football world of what he had to suffer all those years ago.

Hopefully Evra’s recent statement will lead to all supporters of Premier League clubs to act more responsibly when such claims are made.

See More: ‘Have some shame’ – These fans react as Luis Suarez shares damning statement in defence of Edinson Cavani years after ex-Liverpool striker was found guilty of racial abuse