The prospective Man Utd move for Jadon Sancho has been thrown into question after both the Borussia Dortmund CEO and Sporting Director poured cold water on the transfer.

The Red Devils have made no secret of making signing Jadon Sancho their number one priority this summer.

Various reports have offered updates on the ever-changing situation, with one source revealing how Man Utd could structure the huge deal.

However, information from the German aspect has been relatively thin on the ground so far, until now.

Despite claims of negotiations being at an advanced stage, German newspaper Süddeutsche Zeitung (via SportWitness) have painted a very different picture.

The outlet feature quotes from the Dortmund hierarchy that indicate any potential deal is a long way away from materialising, if at all.

Hans-Joachim Watzke – Dortmund’s Managing Director – is reported as saying: “So far, there has been no contact between Borussia Dortmund and Manchester United in terms of Sancho.”

His statement is qualified with: “Also not indirectly or through alleged intermediaries.”

Those sentiments are echoed by Dortmund’s Sporting Director, Michael Zorc, who even hinted the club expect Sancho to attend their impending training camp.

“I assume that Jadon will go to the training camp on Monday and play with us for the coming season,” said Zorc.

Regarding Dortmund playing hardball over their high valuation, Zorc revealed that Sancho would have no problems with their strategy.

“I don’t expect any difficulties. Jadon has accepted that, he’s a very pleasant, fair guy.”

Süddeutsche Zeitung end their article by saying: ‘In Dortmund they still do not think it is impossible that Woodward will surprise them with a suitcase containing €120m.

‘But it is more likely that there is a much lower offer, which is then rejected.

‘So all sides would have saved face, and in Manchester they could at least say to the fans: We tried, the stubborn Dortmund did not take part.’ 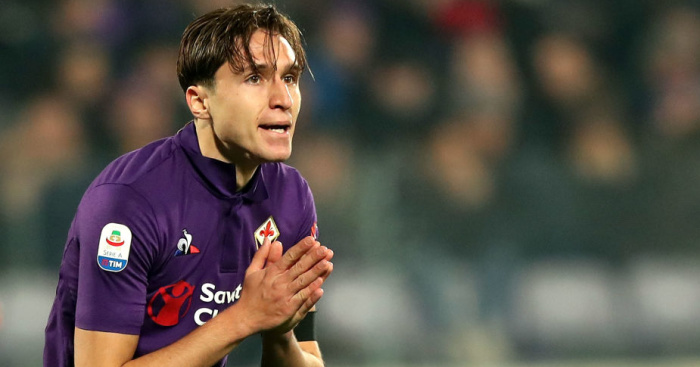 Amid the concerns over a deal for Sancho, another report has claimed United have begun to look elswhere.

The Italy international scored 10 goals in 34 Serie A appearances this season.