Chelsea Signings 2021 Erling Haaaland. Chelsea owner Roman Abramovich is reportedly ready to break away from his usual policy of not working with agent Mino Raiola in order to seal the transfer of Borussia Dortmund star Erling Haaland.

The 20-year-old goal machine is one of the most talked about players in world football at the moment and could be a superb signing for Chelsea as an upgrade on the struggling Timo Werner.

According to the Daily Star, Abramovich is now on a personal mission to sign Haaland, and will even work with Raiola to bring the Norway international to Stamford Bridge.

One imagines Chelsea will face plenty of competition for Haaland, however, with the Manchester Evening News also claiming he’s a top target for Manchester United this summer.

Haaland would also be a great signing for Man Utd, who need more of a natural goal-scorer in their ranks after the goals have dried up for the likes of Marcus Rashford and Anthony Martial in recent times.

Erling Haaland is being linked with Chelsea and Manchester United 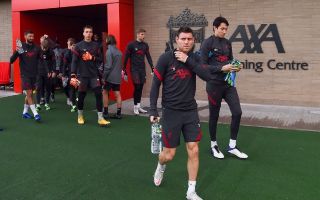 Is Erling Haaland actually a ‘robot built and controlled by his father Alf-Inge Haaland’? Read more.

Edinson Cavani is also surely not a long-term option, whereas Haaland is surely going to be one of the best players in the world for many years to come.

It would be exciting to see Haaland at Chelsea or United in the near future to make the Premier League more competitive after the recent dominance of Liverpool and Manchester City.

Barcelona could pocket €12m from Rafinha exit to Lazio

Arsenal hero hails Timo Werner and compares him to Premier…