Chelsea have utilised their Instagram account to fire shots at Manchester City ahead of the two side’s clash at Stamford Bridge on Sunday.

Although City’s proposed clash with Everton was postponed after they recorded a number of positive coronavirus test results, as reported by the BBC, at current it looks as though their contest with Chelsea will go ahead.

Chelsea’s social media team have been looking ahead to the game on Instagram, creating a quiz for their followers relating to the two teams that will be taking to the field on Sunday afternoon.

Here’s one of the questions that was posed to the Chelsea supporters by their Instagram admin, highlighting the fact that Jorginho is the only player out of the four (including manager Frank Lampard) who hasn’t played for both Chelsea and City.

Chelsea appear keen on reminding Pep Guardiola of his frustration when Jorginho reportedly chose to move to Stamford Bridge over the Etihad. 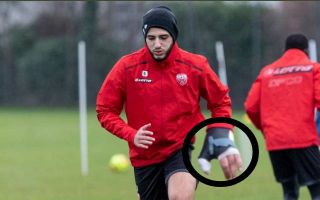 Blatant mind games from the Blues ahead of this one…