Chelsea are reportedly among the transfer suitors for Manchester City striker Sergio Aguero as he nears the end of his contract this summer.

The prolific Argentina international has had a great career in the Premier League, and despite being approached by Barcelona, he may be keen to remain in England, according to the Daily Mail.

This could give Chelsea the advantage in the race for Aguero’s signature, while the Mail also note that the Blues were keen on him during his Atletico Madrid days.

Thomas Tuchel could understandably be tempted to strengthen up front this summer as Timo Werner has suffered a hugely disappointing first season at Stamford Bridge.

Aguero is a more proven performer at this level and would be a superb signing on a free, though there are perhaps some concerns over his recent fitness struggles.

Sergio Aguero is being linked with a surprise transfer to Chelsea

The 32-year-old hasn’t played as often for City this season and it might be that he’s past his peak in terms of both fitness and form.

It seems clear Aguero remains highly regarded, however, as the Mail mention big names like Chelsea, Barcelona and Paris Saint-Germain as being keen to snap him up. 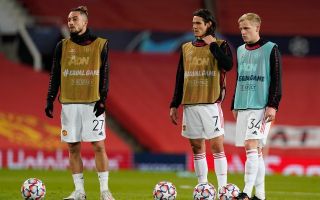 Is Erling Haaland actually a ‘robot built and controlled by his father Alf-Inge Haaland’? Read more.

CFC are also being linked with a big-name signing up front in the form of Borussia Dortmund goal machine Erling Haaland, as per the Daily Star.

It could be difficult winning the race for the in-form 20-year-old, however, so Aguero would be a very decent alternative in that position.

Why Chelsea could hesitate over extending Lampard deal