Villarreal midfielder Etienne Capoue has reflected on THAT penalty shootout, which resulted in the Spanish side being crowned Europa League winners.

Though with Unai Emery in the dugout, you always stand a chance of winning the Europa League, the Villarreal players will have been well aware of how tough a test they were facing in Gdansk.

Manchester United finished second in the Premier League, behind only Manchester City, who will be competing in the Champions League final on Saturday.

Villarreal were the underdogs, no doubt, but as the minutes ticked down towards the end of extra time, and the commencement of the penalty shootout, they must have suspected they had a chance. 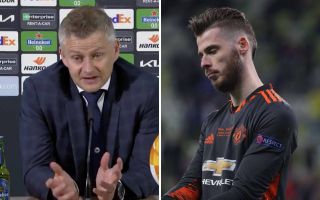 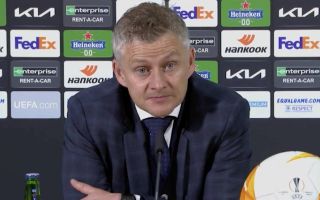 While the shootout proved to be a triumphant one for Villarreal, it doesn’t appear to have been at all enjoyable for the players, at least not for Etienne Capoue, formerly of Tottenham and Watford.

Speaking to the media at full-time, Capoue detailed the rollercoaster of emotions he and his teammates went through, throughout both the season and the the final itself.

“This penalty shootout was really rare. Eleven is a lot, and all went in.”

“It was good to watch, but trust me it was really, really hard.”

Click here for more of the latest Manchester United news

(Photo) Man United’s Amad set to cause stir after being…

Chelsea in pole position to sign Aguero on a free transfer