The 25-year-old was in superb form in the Bundesliga last season, finding the back of the net 28 times in 32 league appearances, putting him in second place in the German top flight’s scoring charts, ahead of Erling Haaland and behind only Robert Lewandowski.

According to the Transfer Window Podcast, Silva’s fine form has seen him become a target for Arsenal this summer, with the Gunners certainly in need of more fire-power up front.

Pierre-Emerick Aubameyang suffered a major dip in form last season, so it might be time to think about bringing in a long-term replacement for him, while Alexandre Lacazette has never been the most prolific attacker for the north London giants.

Silva could be a slightly risky signing, however, as he’s previously flopped at AC Milan after initially impressing in his time at Porto. 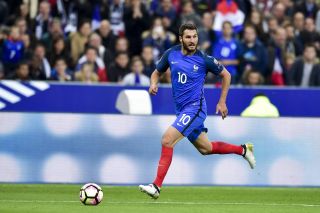 It may be that the Portugal international is slightly better suited to playing out of the spotlight, and might struggle again at a club like Arsenal, where expectations will be high.

Mikel Arteta’s side had a poor season in 2020/21 and will be under big pressure to try and get back into the top four next term.

Silva could undoubtedly be a quality signing if he can have another season as good as this one, but it will be interesting to see if he’s the right kind of character for Arsenal’s needs right now.