Arsenal fans spent most of last summer wondering if it would be Thomas Partey or Houssem Aouar who would bolster their midfield, but it now looks like they could form a partnership at the Emirates.

Arsenal moved for Partey towards the end of the transfer window last summer but he struggled to get a proper run of games due to that late arrival and injuries, so he should be stronger next season after a full pre-season.

A report from Goal has confirmed that Arsenal are looking to revive the interest in Aouar, but it’s possible that at least one player will need to be sold first and there are four midfielders who are in the frame to leave.

Granit Xhaka and Lucas Torreira are the more obvious candidates as the rumours of an exit have been strong for a few weeks, so it won’t be a surprise if both of them leave this summer. 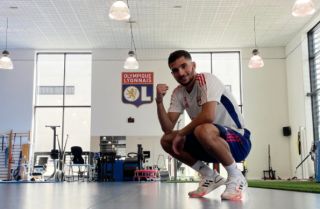 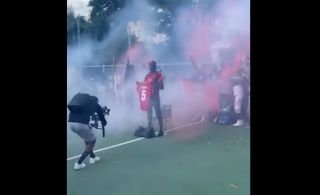 The other two may split the fans as both Joe Willock and Ainsley Maitland-Niles impressed during loan spells last season, so it’s a choice between sticking with talented young players or trying to find a an obvious upgrade.

Aouar and Partey are certainly a promising combination on paper, but it does sound like Arsenal fans will need to be patient.

Burnley take the lead over Watford and Inter Miami in race…