According to transfer insider Fabrizio Romano, Atletico Madrid’s loan deal for Arsenal midfielder Lucas Torreira includes an option for the transfer to be made permanent for €21m.

Torreira impressed in his debut campaign with the Gunners but faced some injury troubles and played a lesser role in the first-team last season.

The combative Uruguayan midfielder only started 23 of his 39 appearances for the north London outfit last term, with the ace being phased out of the team after Mikel Arteta’s arrival.

Atlético Madrid will also have an option to buy Lucas Torreira on June 2021 [after one year loan from Arsenal].

But let’s see about the relationship between #AFC and Atléti board after Thomas deal unexpected by Spanish side… ??? 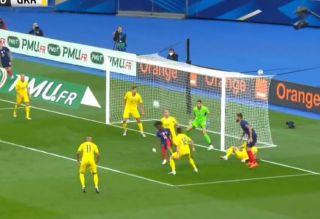 The 24-year-old has the chance to get his career back on track with a spell at a quality side in Atletico Madrid.

Torreira could also be in line to play an integral role now that Diego Simeone will need a new defensive midfielder to count on after Arsenal signed Thomas Partey from the La Liga side on Deadline Day.

Torreira’s tireless style on the defensive side of the game could be a perfect fit for an Atleti side that have always prided themselves on their ability to soak up the pressure.

Evra on Liverpool fans lacking ‘respect and class’ after…